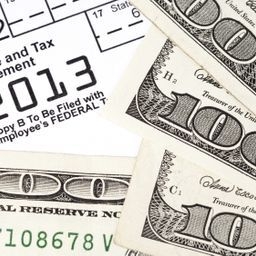 Have you ever noticed that many office trash cans contain not one but two plastic trash bags, one inside of the other? While this may appear to be wasteful, it’s actually more sanitary.

Double bagging trash bags creates two liquid barriers within the office garbage can. So when somebody discards a half-filled disposable coffee cup or anything else containing hot or cold liquid, there is less of a chance of it leaking through to the bottom of the trash can.

But doesn’t that double the cost of the trash bags? Not necessarily. While every penny counts in running a productive and efficient office, in this instance it actually makes sense to use two bags when one bag would do.

When your office cleaning crew empties the trash at the end of the night, they may remove the outside trash bag only. If the second trash bag is still dry and clean, they may choose to leave it in place.

Of course, it depends on the situation. If the first trash bag has broken and there is liquid or trash in the second bag, the cleaning crew will replace both. While this may double the cost of the trash bags, they actually only cost a few cents apiece. So the value of preventing liquids or trash from contaminating the bottom of the garbage can is usually worth it.

Don’t worry. The second trash bag isn’t left inside the garbage can indefinitely. Usually, it is replaced every second or third time the trash is emptied so that the cleaning crew can wipe down and sanitize the bottom of the trash receptacle, leaving it consistently clean and refreshed.

Double bagging the trash cans in your office isn’t wasteful. It’s actually a more sanitary and cost-effective way to keep your office clean.